Marcel Wanders is an interior and product designer who gained international recognition for his Knotted Chair produced by Droog Design in 1996. His field of work is extremely articulated: designing for leading international companies such as Flos, Alessi, Puma, KLM Royal Dutch Airlines, MAC Cosmetics, Cappellini, B & B Italy, Moroso and Target.

Wanders also works on architectural projects such as the Hilton Bonn Hotel in Bonn, the Mondrian South Beach Hotel in Miami and the Villa Moda store in Bahrain. In addition to managing his own studio, Wanders is the co- founder and Artistic Director of the famous designer brand Mooi (2001).

Marcel Wanders exhibited worldwide and his work is in the collections of major museums such as the MoMA New York, The Stedelijk Museum in Amsterdam and the V&A Museum in London. Wanders has also published several books and is widely quoted in the global media, with articles appearing in publications such as the New York Times, Domus, The Financial Times and Wallpaper Magazine.

The installation has been exhibited in occasion of “Can You Image?” Alcantara – MAXXI Project from October 7 to November 13, 2011: an experimental research that aimed to explore, through 11 installations of as many internationally renowned designers, the versatility of a unique and innovative material discovering new territories and new models of interpretation.

Marcel Wanders is one of the 11 designers, chosen by Domitilla Dardi, Design Curator of MAXXI Architettura, and Giulio Cappellini, Artistic Director of Alcantara, for their talent in experimenting with texture and materials, present their vision and interpretation of Alcantara in striking installations, each emphasizing a particular aspect of the material through their own creative sensibility.

“I have always wanted to make my own pool table and when this project came along immediately I knew I had to do it! The softness and smooth texture of the Alcantara is invitingly tactile and I just wanted to touch it all the time so I decided to cover the whole table in it as well as the cue!” 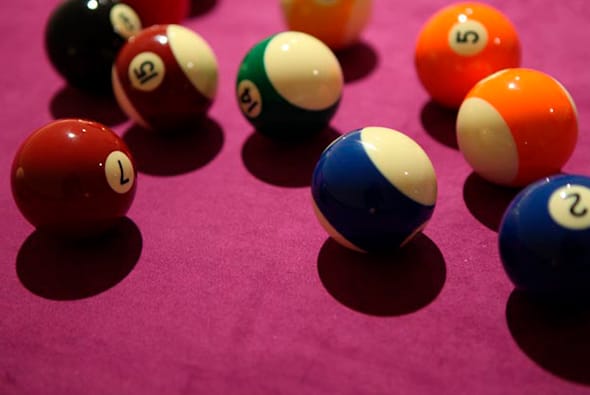 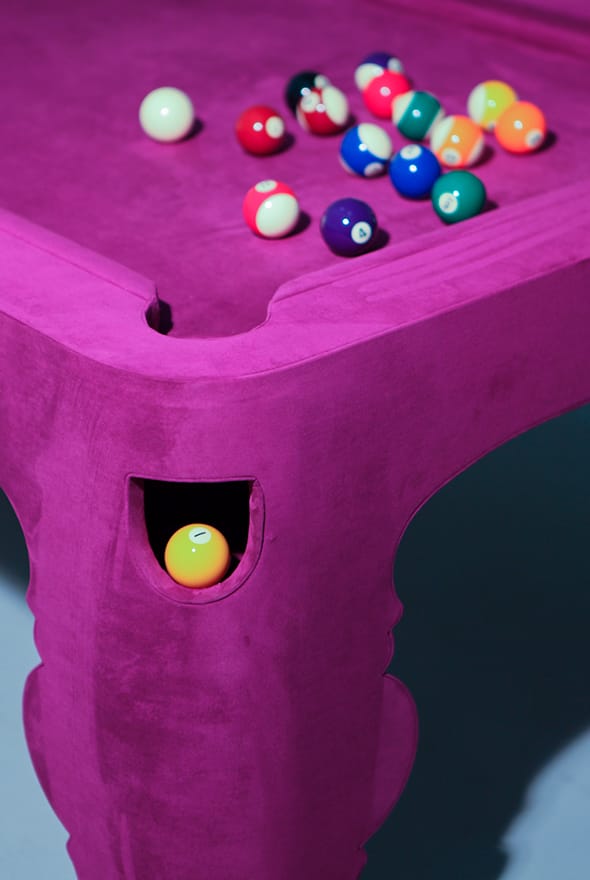