A collective of musicians and artists with studios in New York and Berlin, its members Stephan Crasneanski, Simone Merli and Kamran Sadeghi came together in 2009 to produce concept albums, sound installations and live performances, often in collaboration with artists, musicians and writers, who have recently included Jean-Luc Godard, Nan Goldin and Patti Smith. The Soundwalk Collective’s approach to composition combines anthropology, ethnography, non-linear narratives, psychogeography, the observation of nature and the exploration of recording and synthesis processes.

Their compositions always come from specific places and require long periods of travel and fieldwork.

They have held solo shows at the Rubin Museum of Art in New York, the District Six Museum in Cape Town, ‘Capo d’Arte’ in Gagliano del Capo (Lecce) and in Times Square, where in 2016 they displayed Jungle-ized, a major interactive audio-visual installation.

Killer Road, their homage to the singer and musician Nico, produced in collaboration with Patti Smith and released only recently, has so far been taken to Abu Dhabi, Berlin, London and New York.

“Ressonance” is the installation created by the artist with Alcantara for the exhibition “Fantasy Access Code” (Milan, Royal Palace, 28 March – 30 April 2017).

“Resonance”, the sound and light installation by the artists and musicians of the Soundwalk Collective (New York – Berlin, 2009), documents the repetitive motion of industrial machinery that is employed in the production of Alcantara.

The collective carried out a series of recordings around the Alcantara factory in Nera Montoro (province of Terni), gathering the sounds of machinery and the ambient noises that characterize its working environment.

The resulting composition is a musical abstraction deriving from the factory acoustics, in addition to the rhythmical and redundant patterns of twelve mechanical and hydraulic engines in operation.

The arrangement of the piece shifts the atmosphere of sound from industrial, to post-industrial, climaxing into a natural soundscape, and circling back to the start, exposing a contemporary discourse over the human and the artificial.

An immersive path, traced by sound waves and luminous sources, leads the visitors into the listening area and then out of it again, thus making their own physical presence an integral part of the production process. 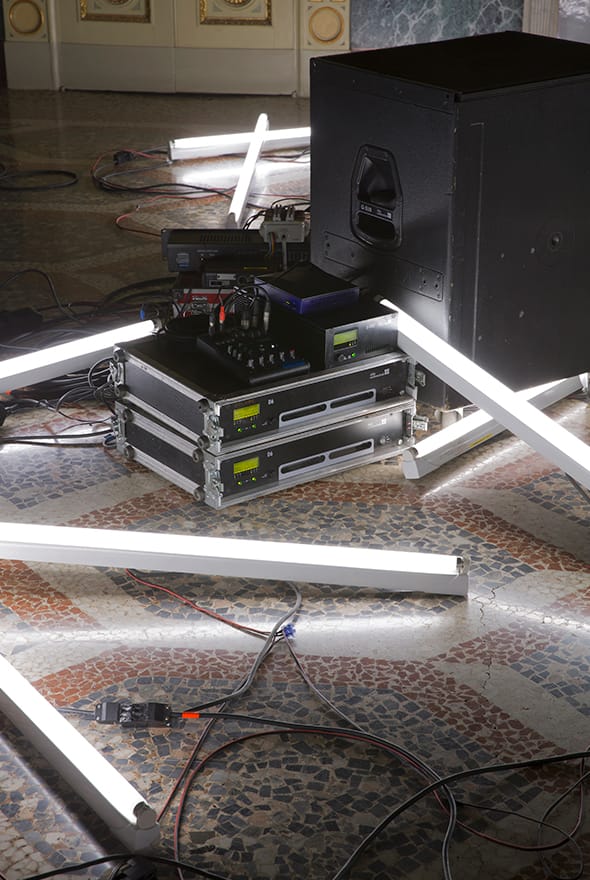 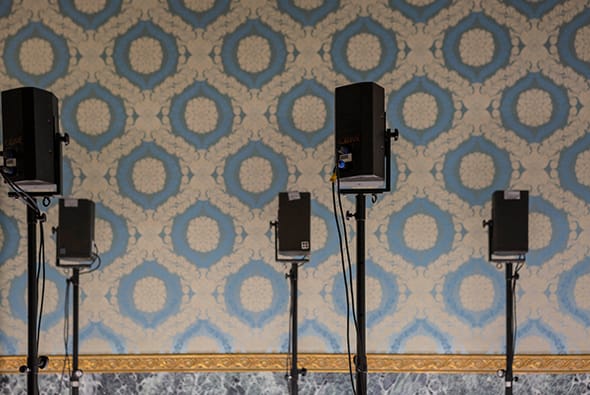